This plant is a Chinese Angelica, Angelica dahurica, in Chinese Bai Zhi. The knowledge about the medical properties of this plant's roots, so-called Dahurican root, has been dated back to Ancient China, already as early as 400 BC. It is from a family called Apiaceae or Umbelliferae that includes many thousands of species, many of which are used by humans as vegetables or herbs and spices, like carrot, parsley, dill, coriander, celery, carroway, cumin, parsnip, chervil, angelica, anise or fennel. Other species in the same family are instead very poisonous.
San He District Forest, near Yichun city, Heilongjiang Province, China 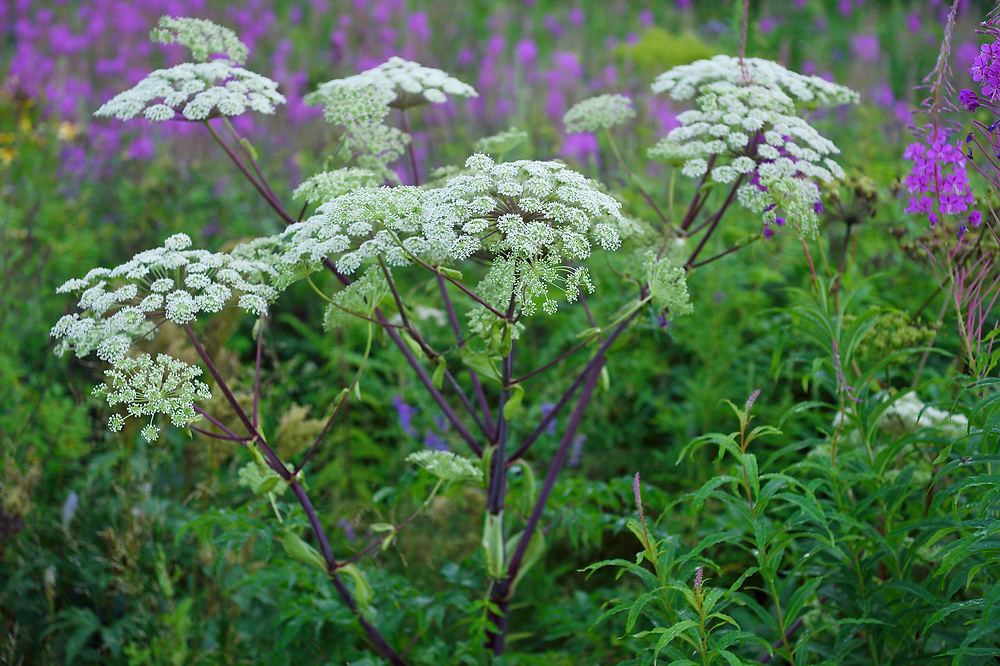