Chameleon goby, Tridentiger trigonocephalus, in front of a blue bat star, Patiria pectinifera, This fish native to marine and brackish waters along the coasts of eastern Asia including Japan, Korea, China and Siberia. It has also spread to other parts of the world AND have been found in the Mediterranean Sea, the Black Sea, California and Australia. Here photographed just off Zhifu Island (Chinese: 芝罘島), Shandong Province, China, byt the Bohai Sea, that is the inner part of the Yellow Sea where both the Yellow River and Hai He flow into. 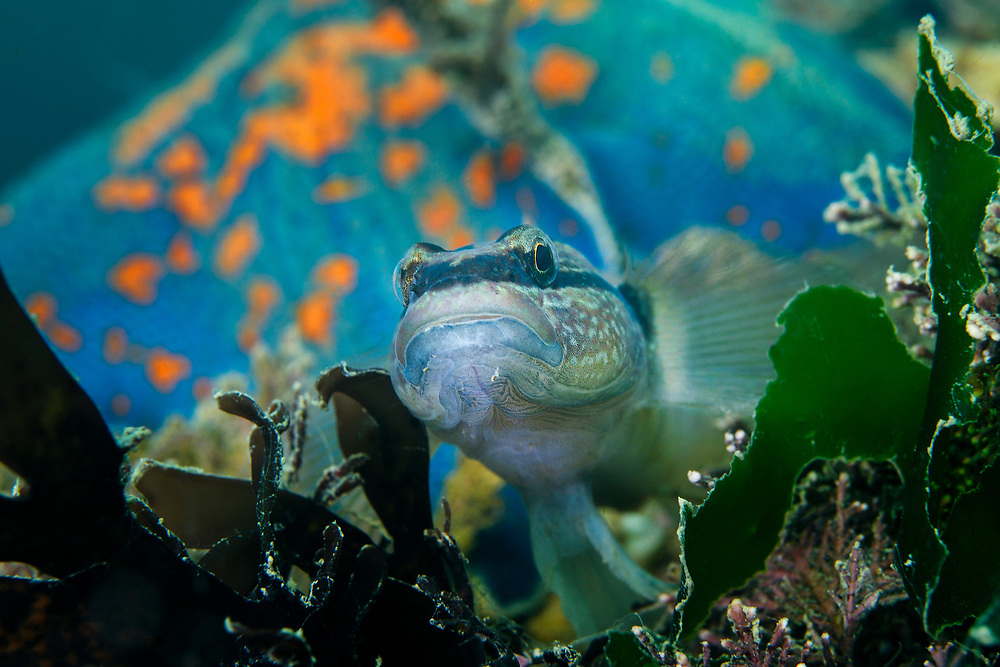